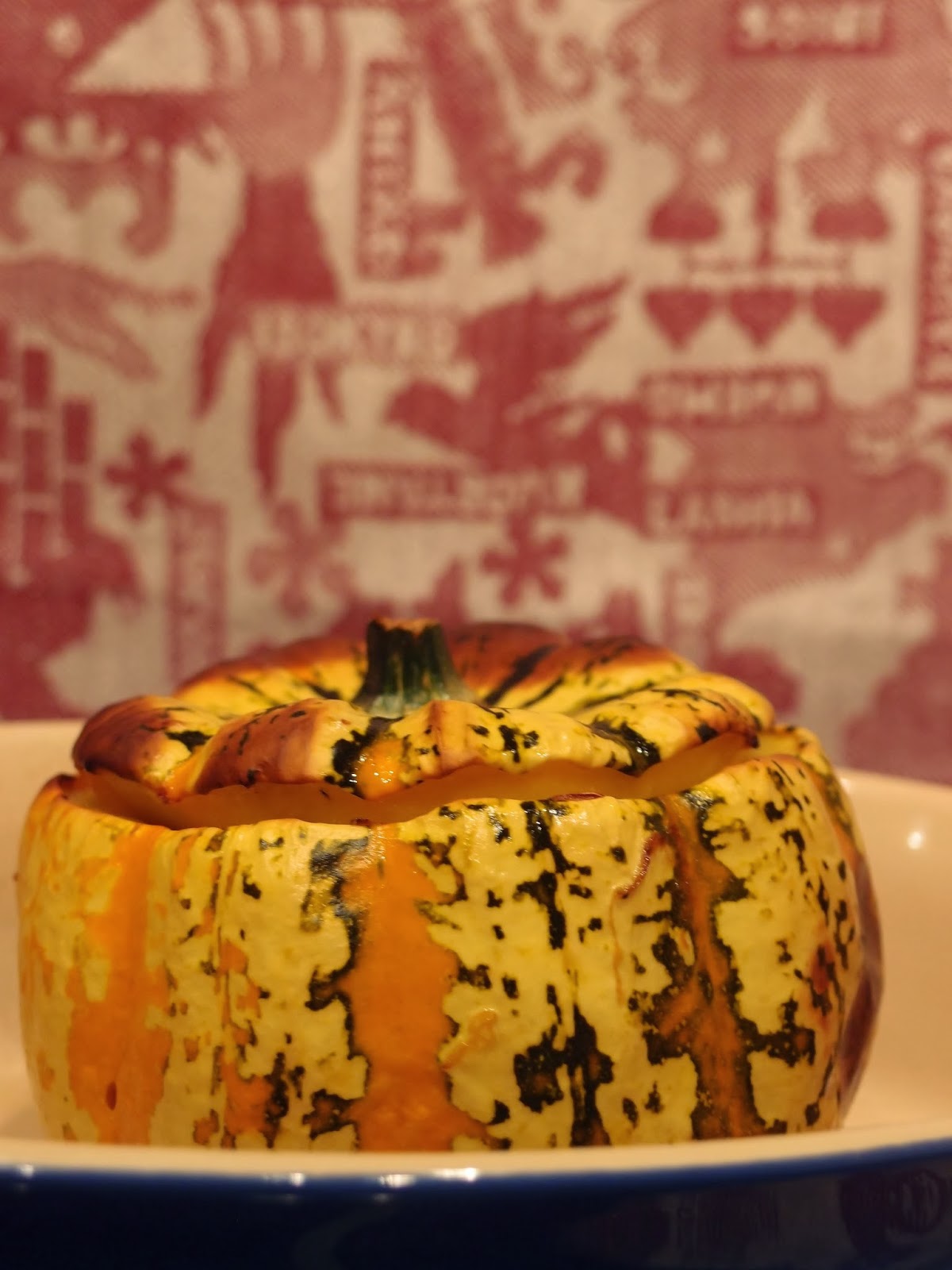 Harlequin squash is a versatile little vegetable as it's a nice and mild squash. I have already published several harlequin squash recipes here, but wanted to make something new with it this time. So I decided to roast and stuff it with couscous, which actually made a great vegan meal. 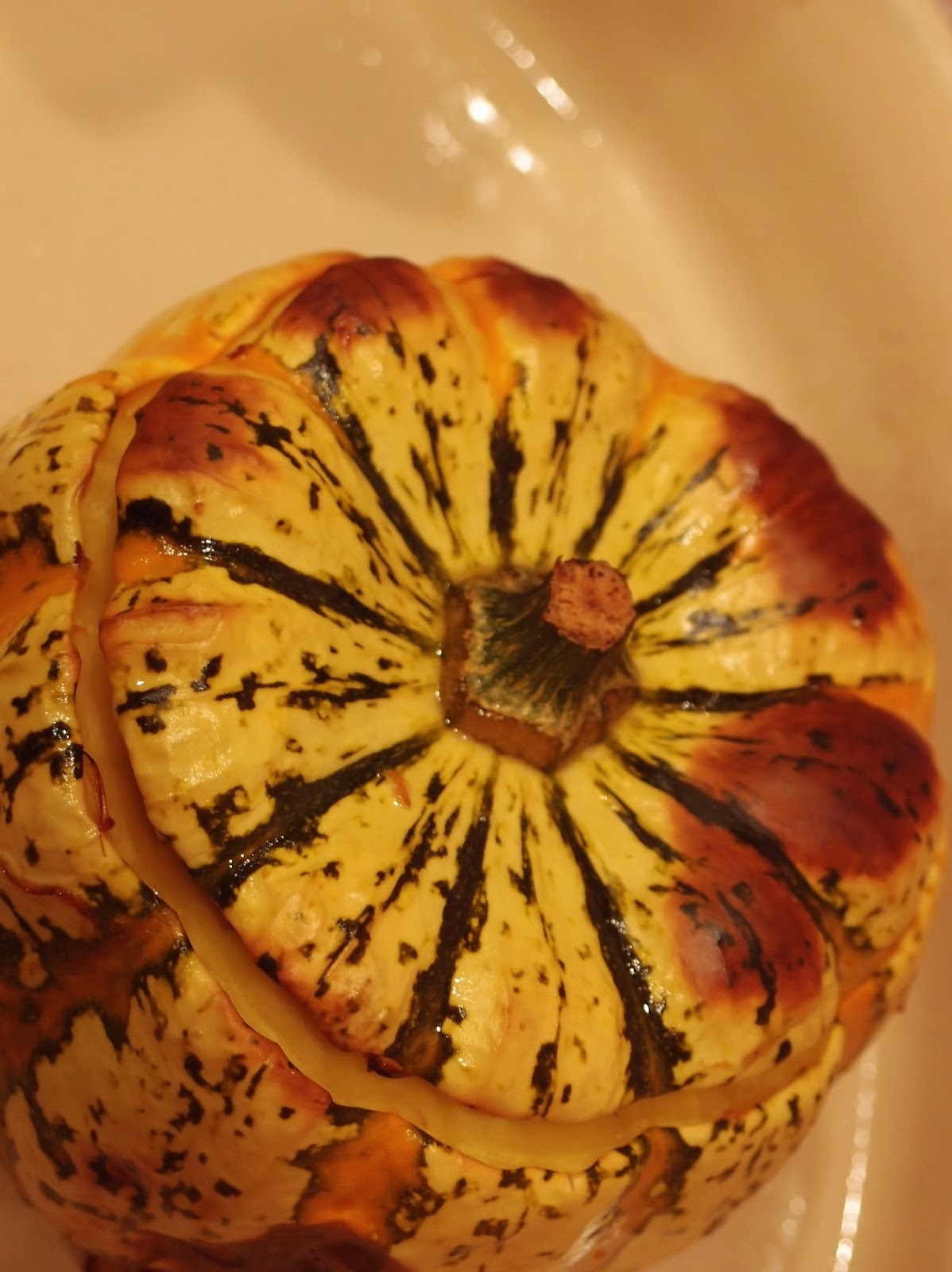 Cut a lid off your squash, remove the seeds, place the lid back on and brush the squash with olive oil and roast it in the oven on its own for about 30 minutes at 180C.

In the meanwhile chop the pepper, shallot and garlic finely. Hydrate the soya mince by adding water, vegetable stock powder, little olive oil and soya sauce to it, and let it hydrate for about 10 minutes. It's important to remember that the amount of stuffing that you will need will be heavily depending on the size of your squash. I had pretty much a medium one and quite a bit fitted in. But also remember that you can eat that couscous combined with other stuff as well in case you have too much of the stuffing.

So in order to make the stuffing, slowly fry the pepper, shallot and garlic in olive oil at medium heat and also prepare the couscous. Couscous is very simple to make, just take same amount of couscous and water. Bring the water to the boil and once it's boiling take it off the heat and add the couscous into it. Let it rest for about 10 minutes and then the couscous should be done. I added some vegetable stock powder to the couscous water as well.

Remove the excess liquid from the soya mince and add it to the pepper pan and fry for a while. Season the mix with salt, pepper and oregano and also add the couscous to it and mix.

Then take the pre-roasted squash out of the oven and stuff it with the seasoned couscous. Bake for further 30 minutes or until the squash is soft. 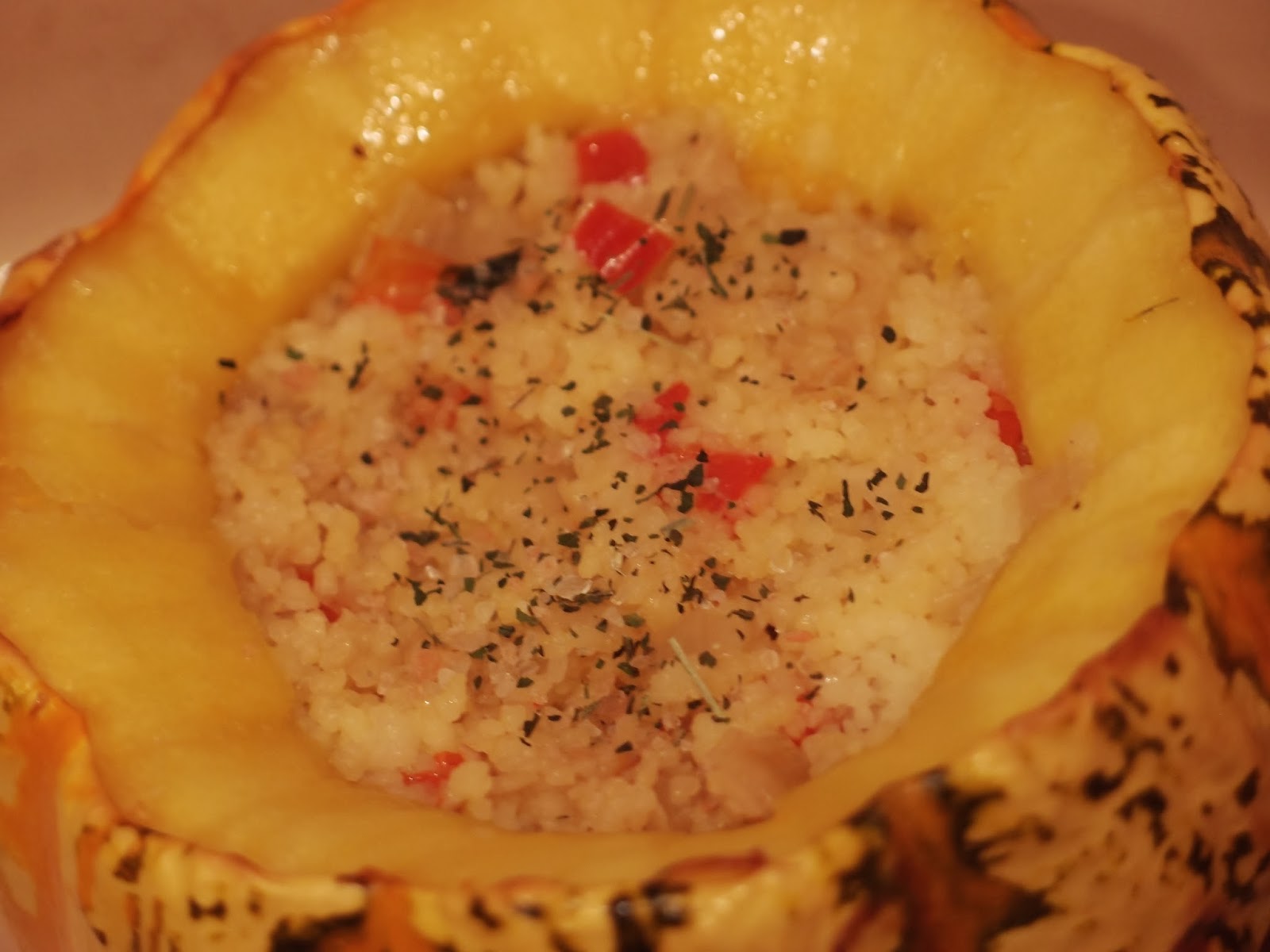 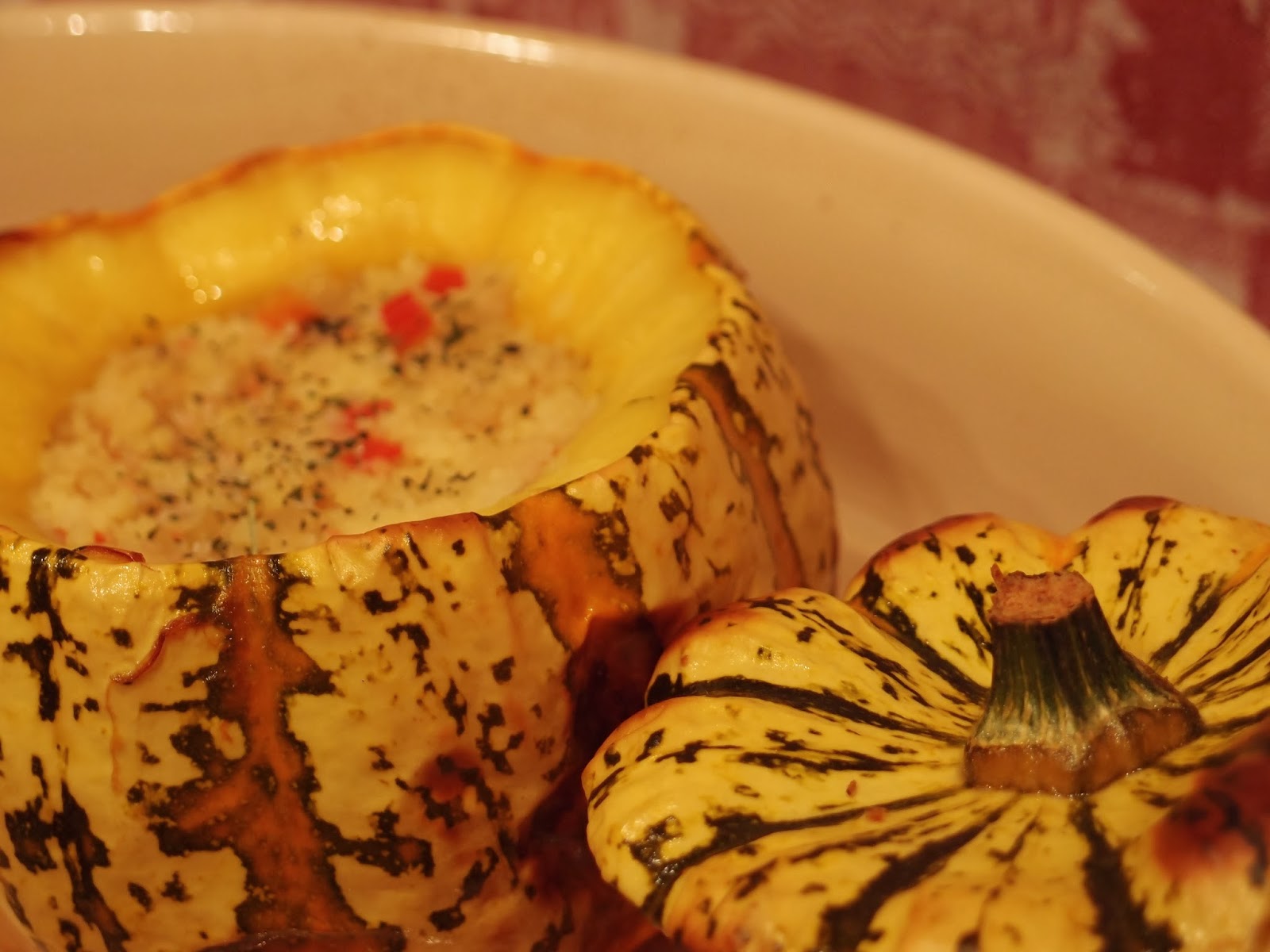 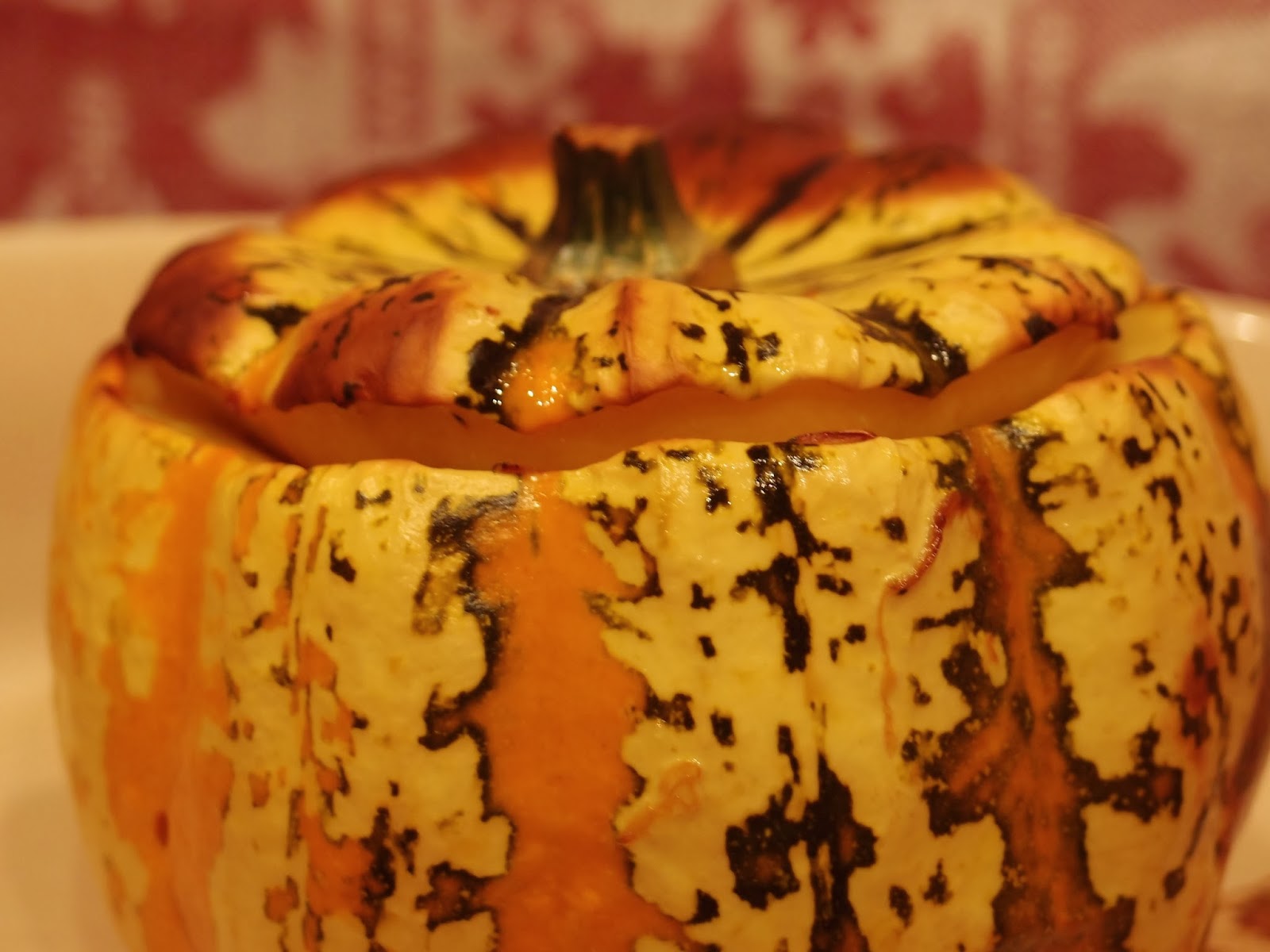 Then enjoy this simple winter warmer!