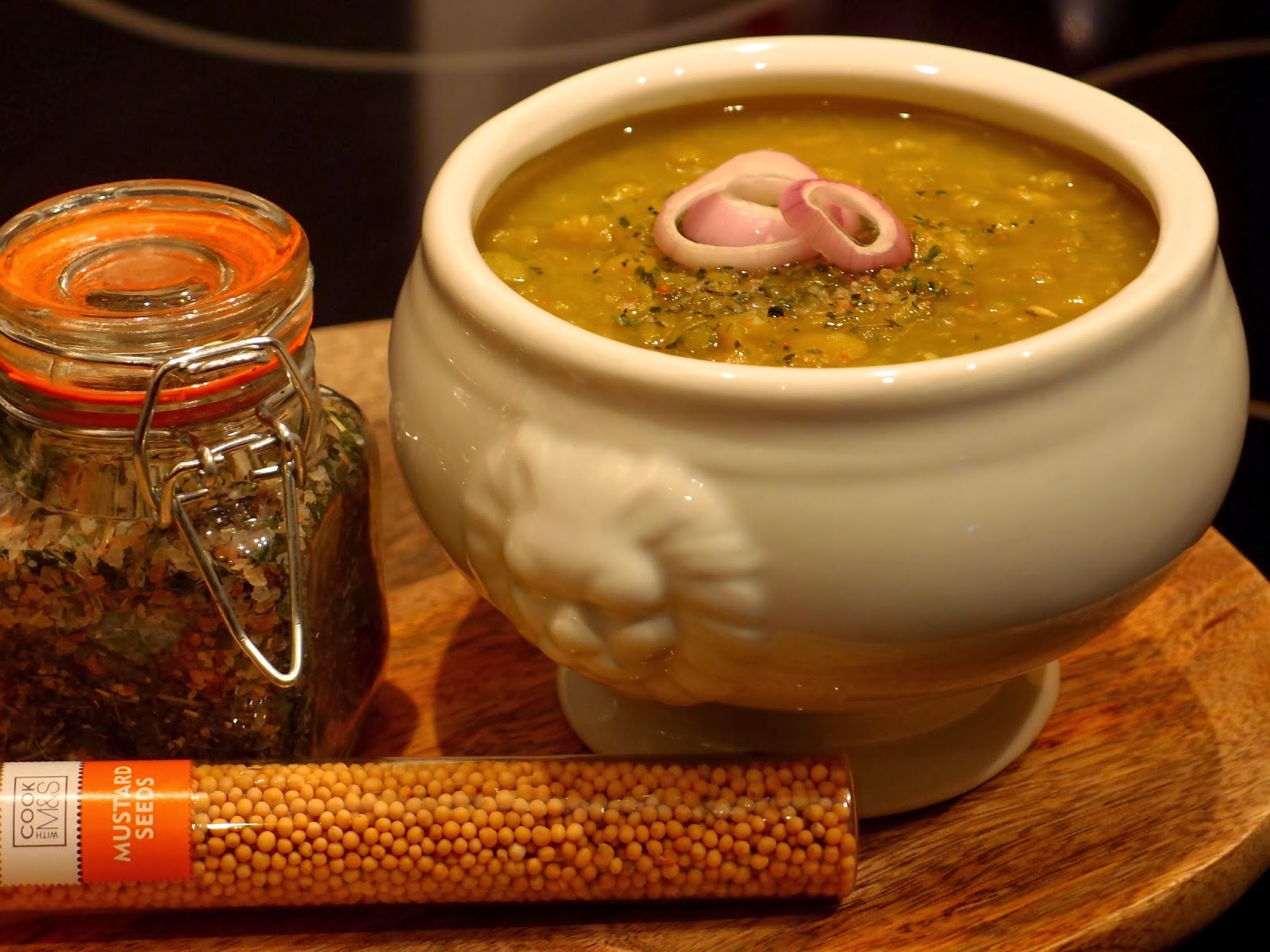 Pea soup is an old classic in many cultures and it was already eaten in the ancient Greece. There are of course many cultural variations of this dish, but I made a Finnish style pea soup, hernekeitto/hernerokka, because that's the one I know best. However mine is not quite a traditional Finnish one because it is a vegan version. Pea soup is one of the basic food favourites in Finland, traditionally eaten on Thursdays. This style of pea soup is such a warming and savoury dish, the only inconvenience is that it takes a lot of patience to cook and may not be the prettiest thing to look at. On the plus side, a pea soup is a protein bomb and the ingredients are simple and cheap, so this also makes an ideal student grub.

Soak the dried peas in water overnight. On the next day fill a large saucepan with the peas and water and boil them first 15 minutes heavily and then moderately for ages. My soup took about four hours to get done this time, but such a long time is needed to get the peas almost melting into the water. In the beginning of the boiling, remove the foam from the top. The cooking smell can be interesting in the early phase, but don't let it alienate you, all will be well in the end!

Chop the onions and add them to the soup after the heavy boiling phase. By the end of this all the onions will almost have disappeared, but they give the soup a nice flavour. Also add some vegetable stock powder to the saucepan. You can mainly let the soup boil under the lid and just stir occasionally once you have found the right temperature, which is neither too hot nor too cold. You might need to add some more water later.

At a later stage when the soup is almost done, season it with salt and white pepper. In Finland this soup is usually seasoned with mustard as well, but I've had a great aversion towards mustard since the 1980s as my brother can confirm. If he is reading this, he might be surprised to hear that I took the leap and added some ground mustard seeds to this soup! I actually think it was a good addition and I might use those seeds in other dishes as well, but I still am not ready to eat mustard as a paste.

Your soup is done when it's thick and the peas are very soft. Being such a great winter warmer, this soup is best served warm after outdoor activities in crisp winter air. As this recipe makes quite a big batch of soup, you can also freeze a part of it to be re-heated at a later stage. 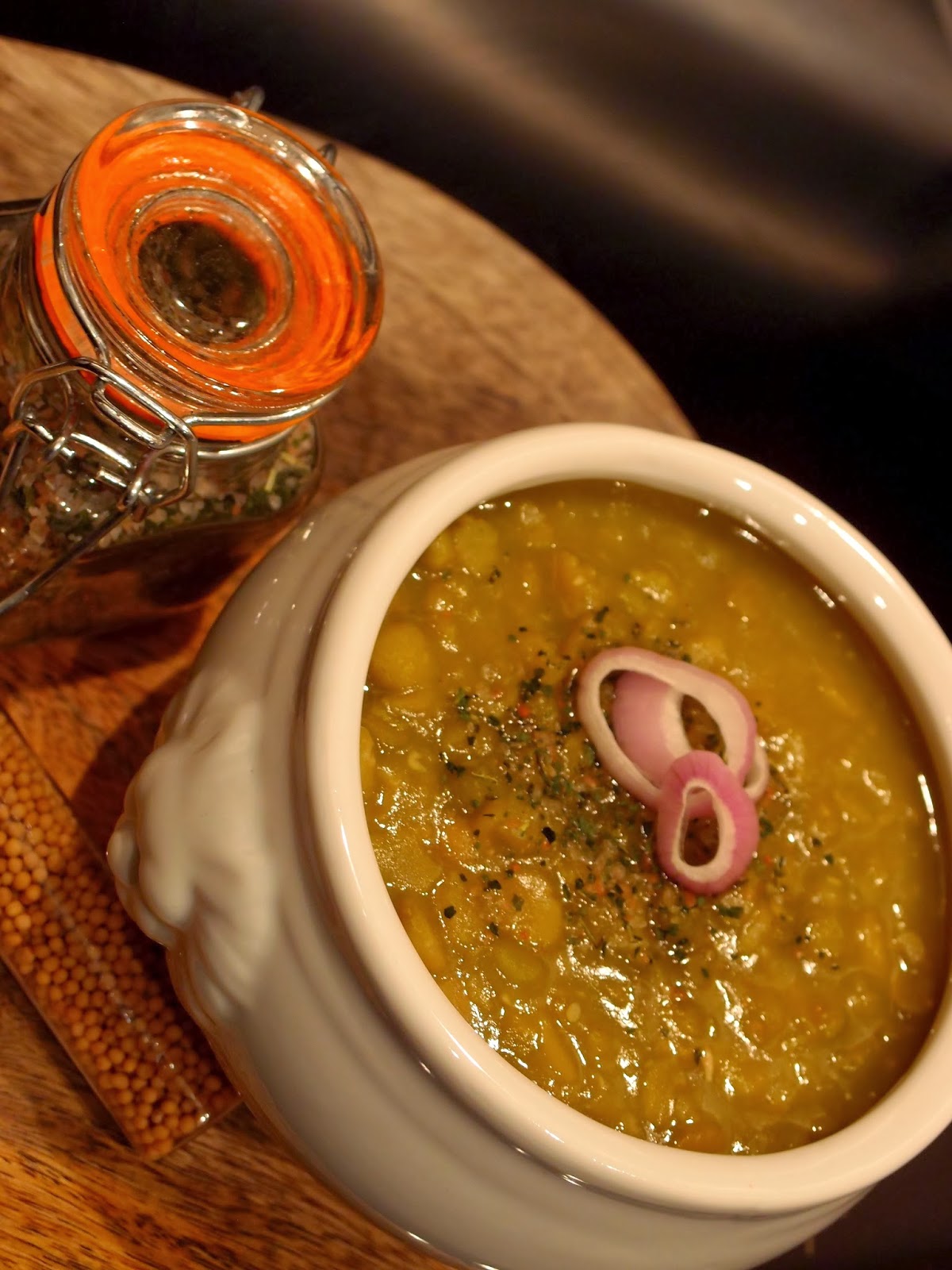 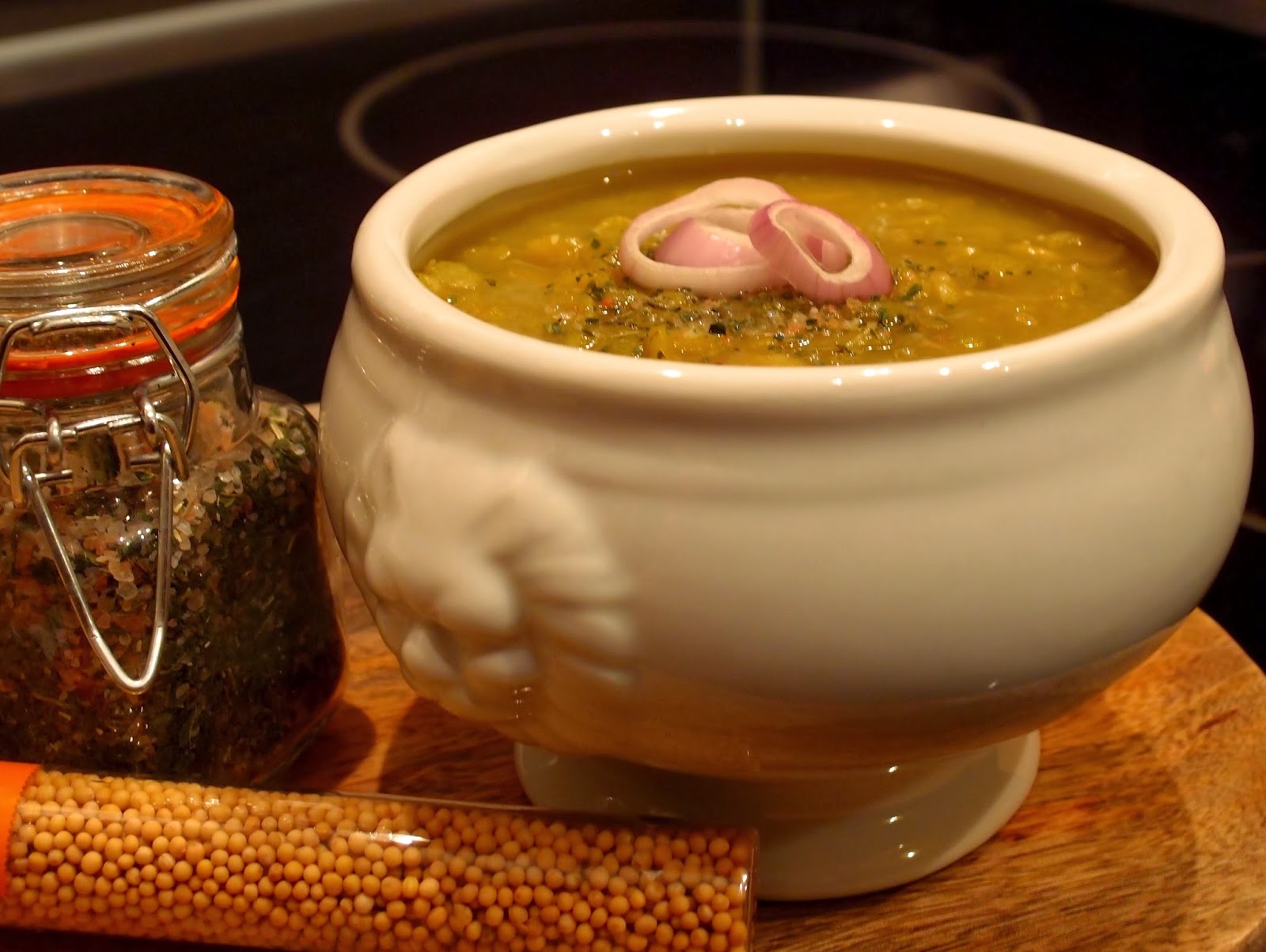