Stuffed pepper on a bed of pasta 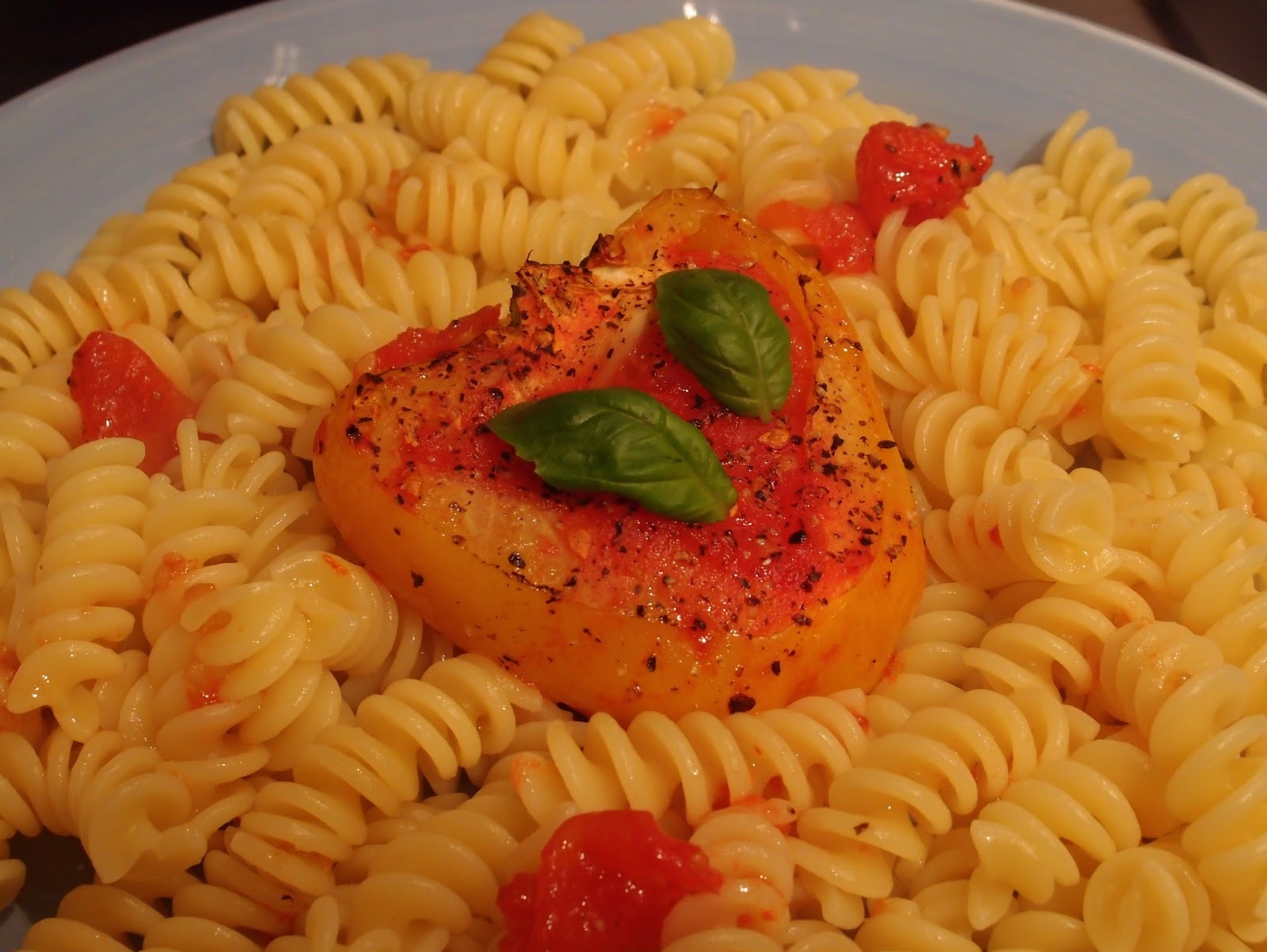 These stuffed peppers are made along the lines of what the BBC's The Good Cook Simon Hopkinson suggested in his recipe for Piedmontese peppers. Read the whole recipe here.

The VegHog basically had one pepper and some cherry tomatoes as left-overs and thought they would be great to make a similar dish to The Good Cook's. The VegHog varied the recipe slightly and decided to serve the peppers on a bed of pasta, and obviously the anchovies of the original recipe are left out in the VegHog version. 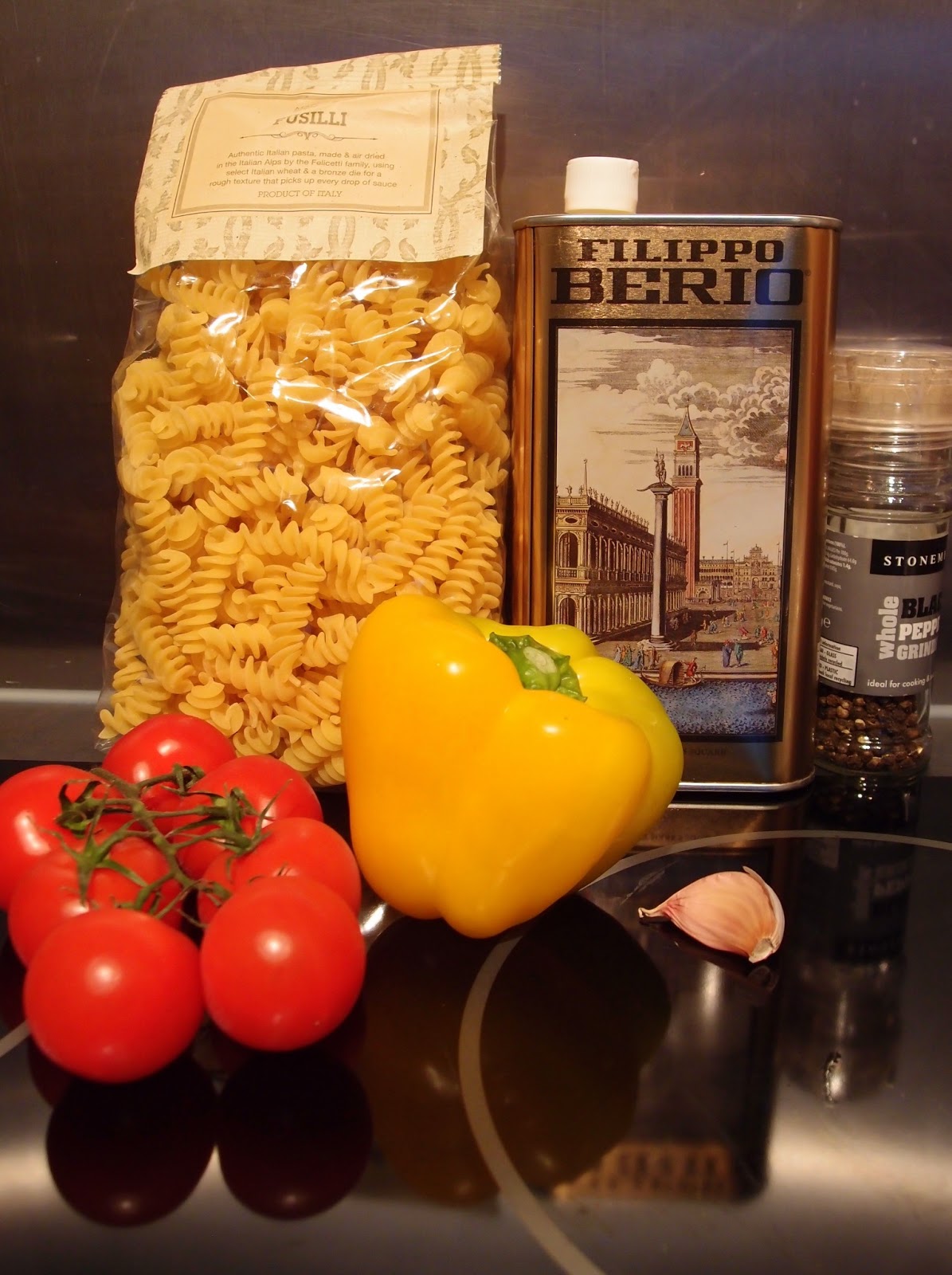 Cut the pepper in half and place the halves into an oven dish. Chop the garlic into thin slices and pre-heat the oven. Make a small X-cut on the tomatoes and dip them into boiling water and peel them afterwards. Stuff the tomatoes inside the pepper halves, pour a little olive oil in and sprinkle salt and pepper over them. Bake the whole thing in the oven until the peppers are soft. 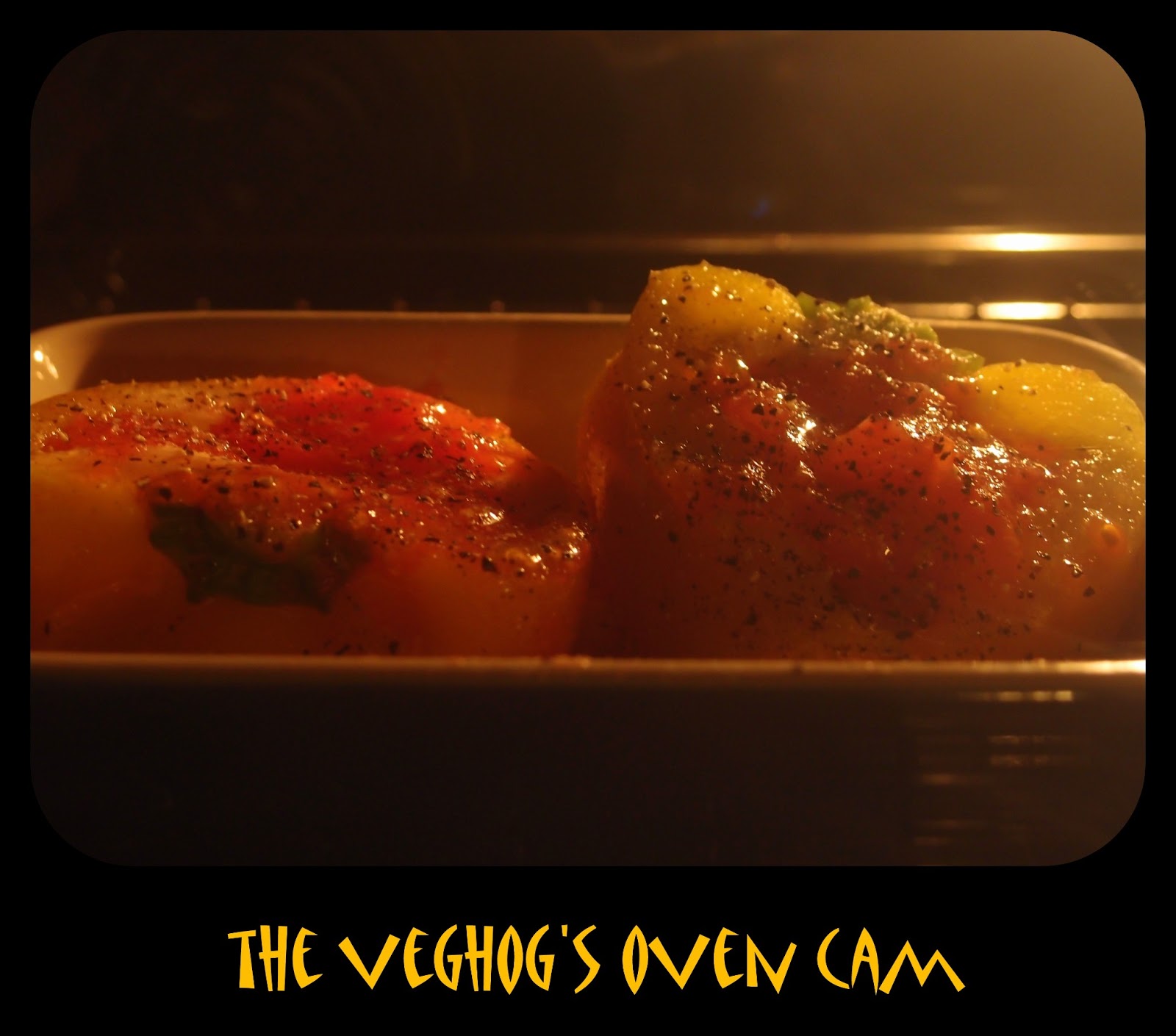 Boil the pasta just before the peppers are ready to be served. Put some fresh basil leaves on top of the peppers before serving. Place the al dente pasta on a plate and pour the juices from the oven dish over the pasta. Feel free to add some grated cheese on to the pasta.

Then place a pepper half per plate on the bed of pasta and enjoy hot! This dish is extremely tasty and juicy. 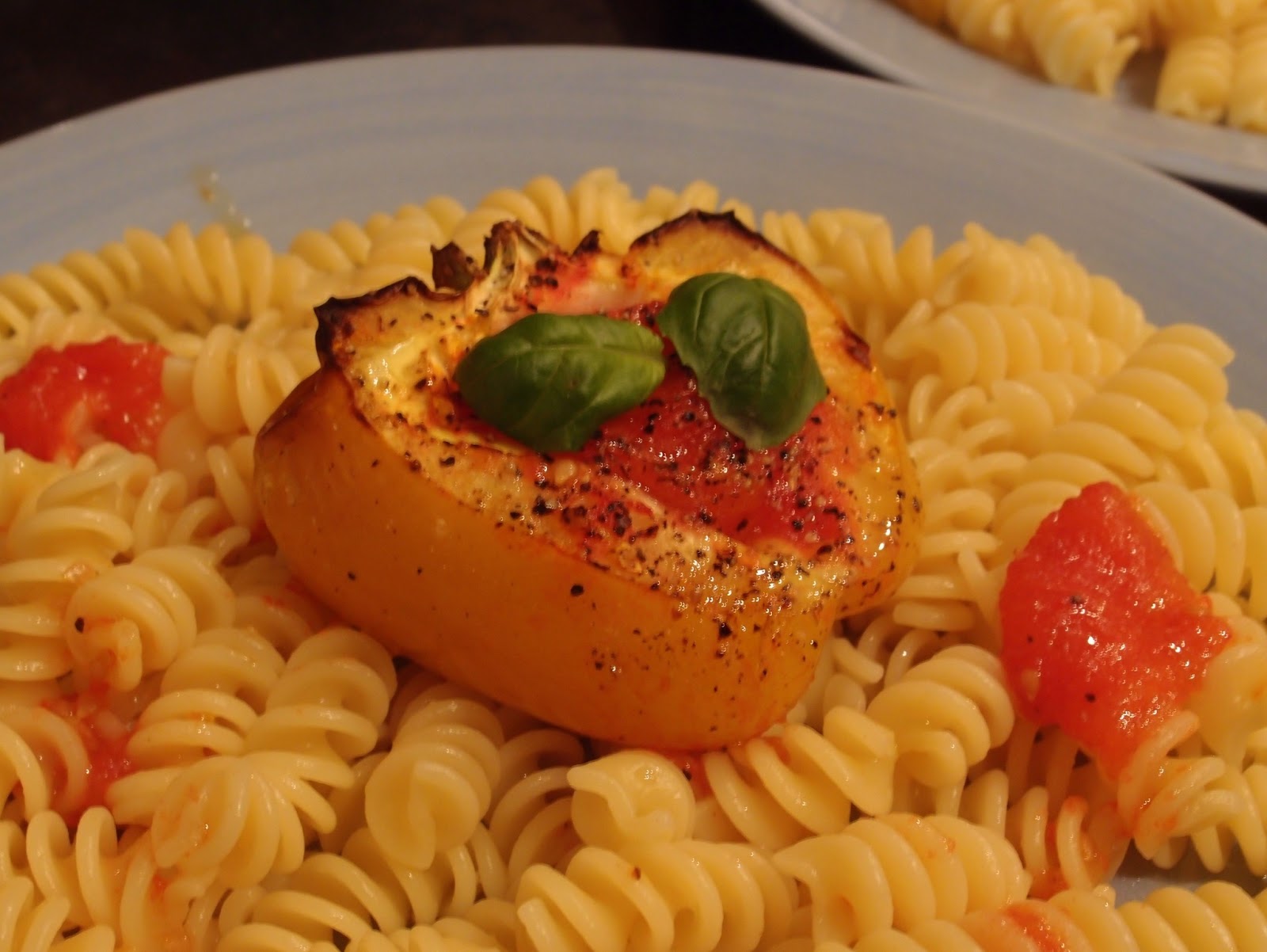 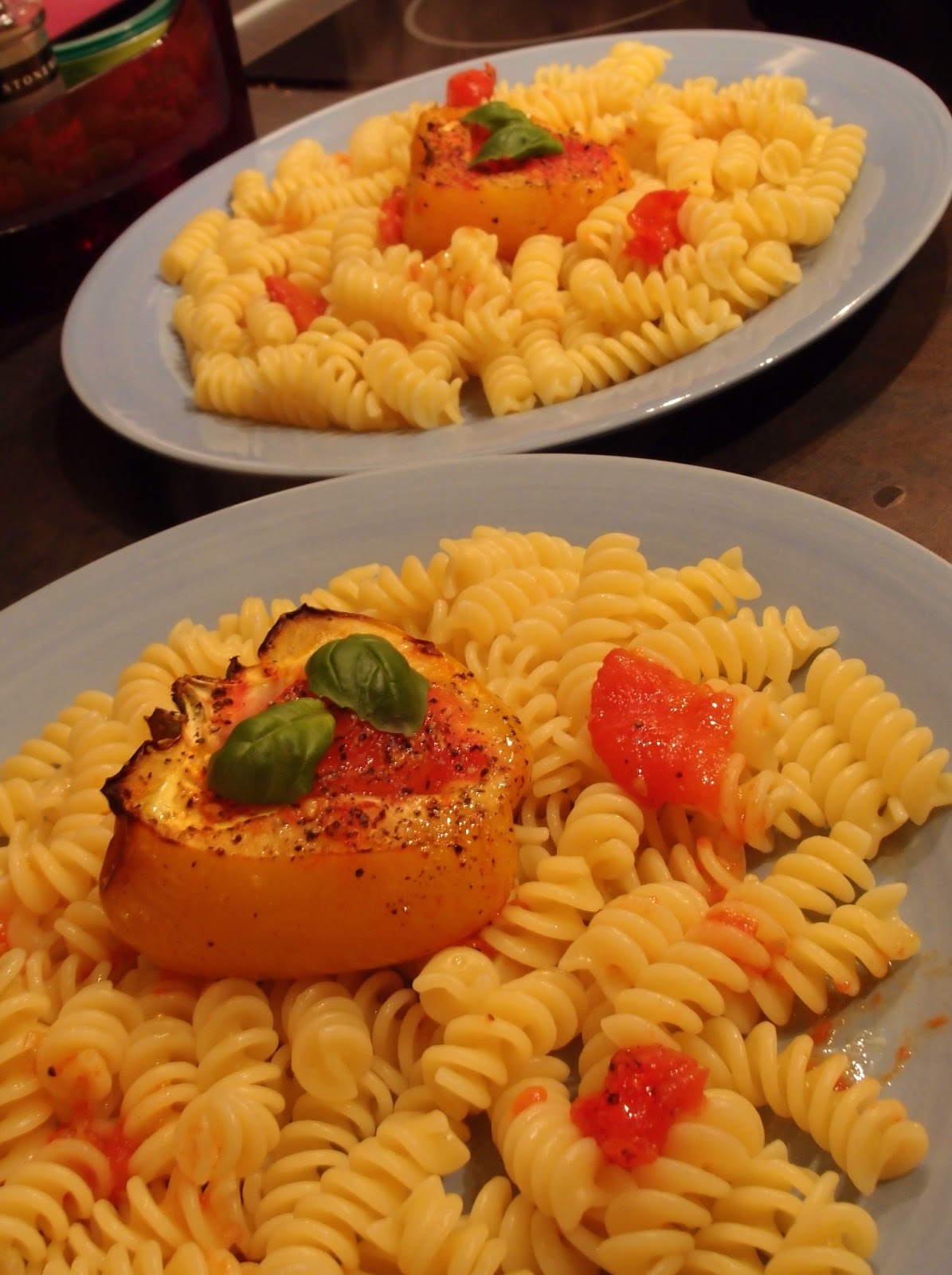 Have you been watching The Good Cook? What was your latest cooking inspiration in general? Please share your thoughts!